Our leadership team provides creative, insightful, and cost effective solutions at a time of unprecedented change in worldwide aviation, airlines, and aerospace.

Our expertise stems from our personal leadership experiences and aerospace industry knowledge. We bring the benefit of in-depth executive skills, knowledge and valuable industry contacts. 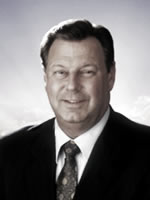 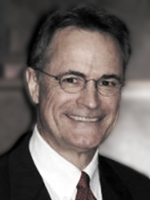 With 39 years' finance experience in aerospace and private equity, Phil Head has a broad array of financial and organizational skills. For over 25 years, Head rose to become VP-Finance for a major division of Lockheed (aerospace MRO services) and Martin-Marietta, followed by 9 years as VP-Finance for the aviation services sector of DynCorp International. Head recently served as Executive VP & Chief Financial Officer for a substantial Ranger Aerospace venture, and served as the CFO-level consultant for another. Head is an expert at Due Diligence, financial restructuring, financial & accounting systems improvements, and creating meticulous operational and financial metrics & reporting rhythms. He has worked with multiple private equity groups, banks, and Boards for the deal-making, diligence, and transformation of aerospace services firms. He is an undergraduate from UNC-Chapel Hill, and holds an MBA-Finance from Wake Forest University.
Adjuncts 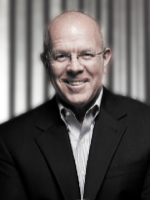 Steve Townes
Steve Townes originally founded Ranger Partners Group in September 1988. He is not full-time with today's chapter of RPG, but acts as an occasional advisor to our team and sometimes to our clients, provided his services do not compete with his full-time activities at Ranger Aerospace. Mr. Townes, a well-known entrepreneur in the aerospace services arena, has been a C-Level leader in Private Equity-backed aviation services companies for over 25 years. He is President, CEO and a Director of Ranger Aerospace. He has held multiple CEO positions over the years in Ranger enterprises, notably: ASIG, one of the largest independent airfield services companies in the aviation industry; Keystone Helicopter, which Ranger grew to become one of the largest rotorcraft services operations in the US; and Ranger International, a global contractor in government technical services and airfield operations. In 2014 and 2016, he launched two new consolidation platforms, Ranger AeroSystems LLC (commercial airliner interiors MRO) and Ranger Airshop Holdings, Inc. (worldwide air cargo products and leasing services). Townes began his distinguished aerospace career at LTV Aerospace & Defense in Dallas TX, and became known as a "turnaround artist" as the officer level transition leader at Dee Howard Aerospace, Sabreliner, and Stevens Aviation. He is an engineering graduate of West Point, where he earned the coveted Eisenhower Award upon graduation. He also holds an MBA from Long Island University and completed the PMD program at Harvard Business School. 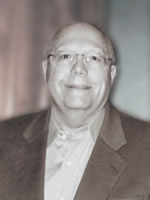 Ed Bolden
With his past experience in directing several aviation companies, Ed Bolden brings significant skill sets in engineering, operations and finance to Ranger Partners. Additionally, Ed has deep experience in directing complex FAA aircraft certification projects and establishing both Repair Station and Parts Manufacturing Authority production systems. Ed is currently Vice President of Ranger Aerospace and serves on the Board of Directors of Ranger AeroSystems (commercial airliner interiors MRO). Previously he was the founder/CEO of both Premier Aviation and Heritage Aviation, President of Ranger Rotorcraft and President of Sextant Avionique, Inc (now Thales). He holds a BS from the School of Engineering at California Polytechnic State University, an MBA from Southern Methodist University, completed post-graduate work at the University of Texas-Arlington and has been a CPA (Texas/Retired) since 1976. 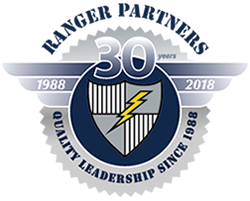